Browser Cookies
This site uses cookies necessary to properly function. By closing this popup, clicking a link or continuing to browse otherwise, you agree to the use of cookies. View our policies.

Holly Harris and Jason Chan won the the Australian national title in Ice Dance December 2019. They debuted internationally on the Challenger series at the 2019 CS Warsaw Cup, where they placed ninth, in the process defeating reigning Australian national champions Kerry/Dodds (in eleventh place) by almost 25 points. They made their ISU Championship debut at the 2020 Four Continents Championships in Seoul, where they placed ninth.

Edrian Paul Celestino won the National Figure Skating Championships November 25-26, 2018 with an impressive score which would have placed him first at the recently held Section A Quebec Championships. 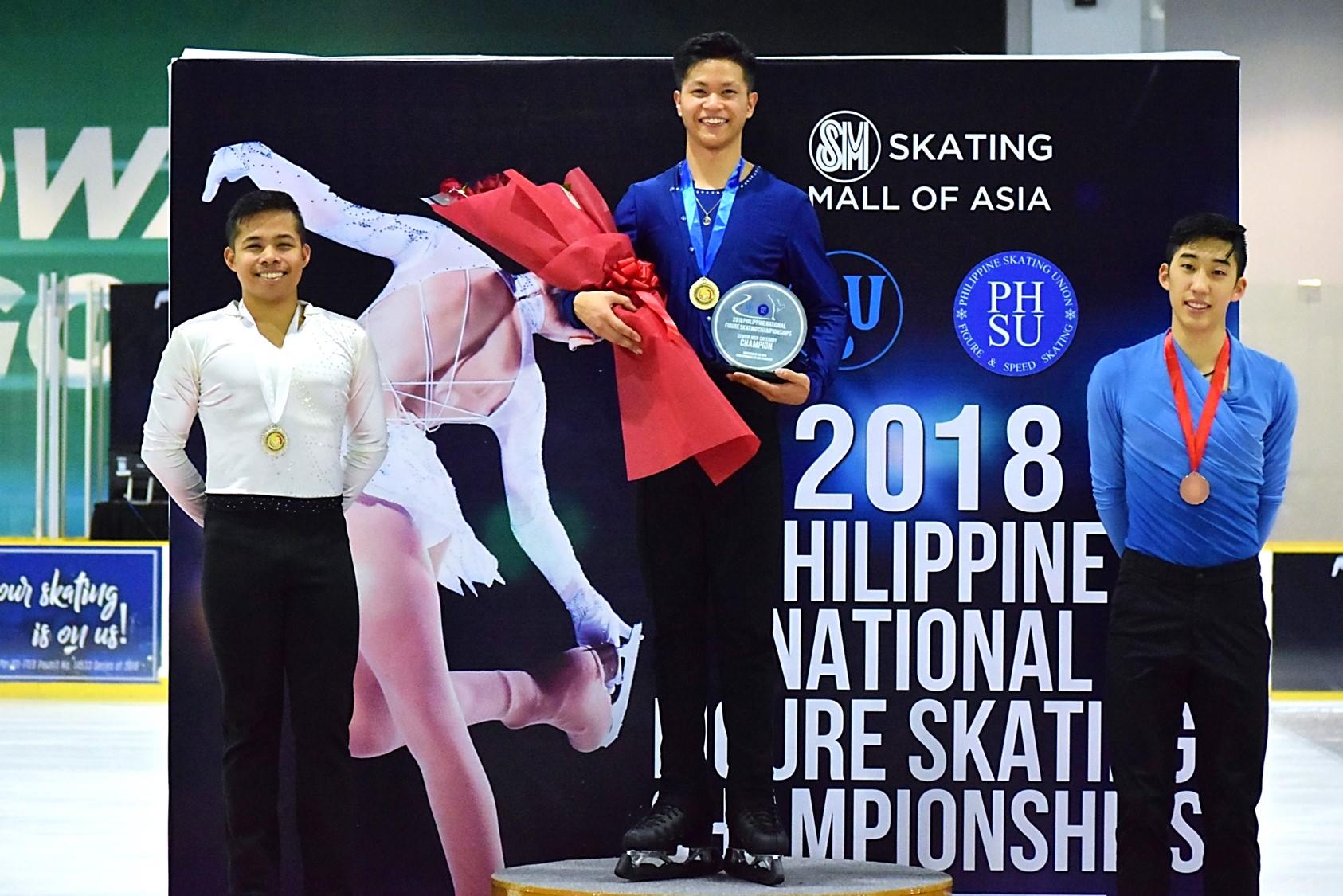 Kenneth Naces had an impressive showing at this provincial level competition which was held in Gatineau November 9 - 11th earning the Silver medal in Pre-Novice mens. Wishing him all the best this week as he competes at the National level competition in Edmonton. Over 500 skaters from across Canada are headed to Edmonton, Alta., for the 2019 Skate Canada Challenge. This year’s event will be taking place from November 28 – December 2, 2018 at the Terwillegar Community Recreation Centre. 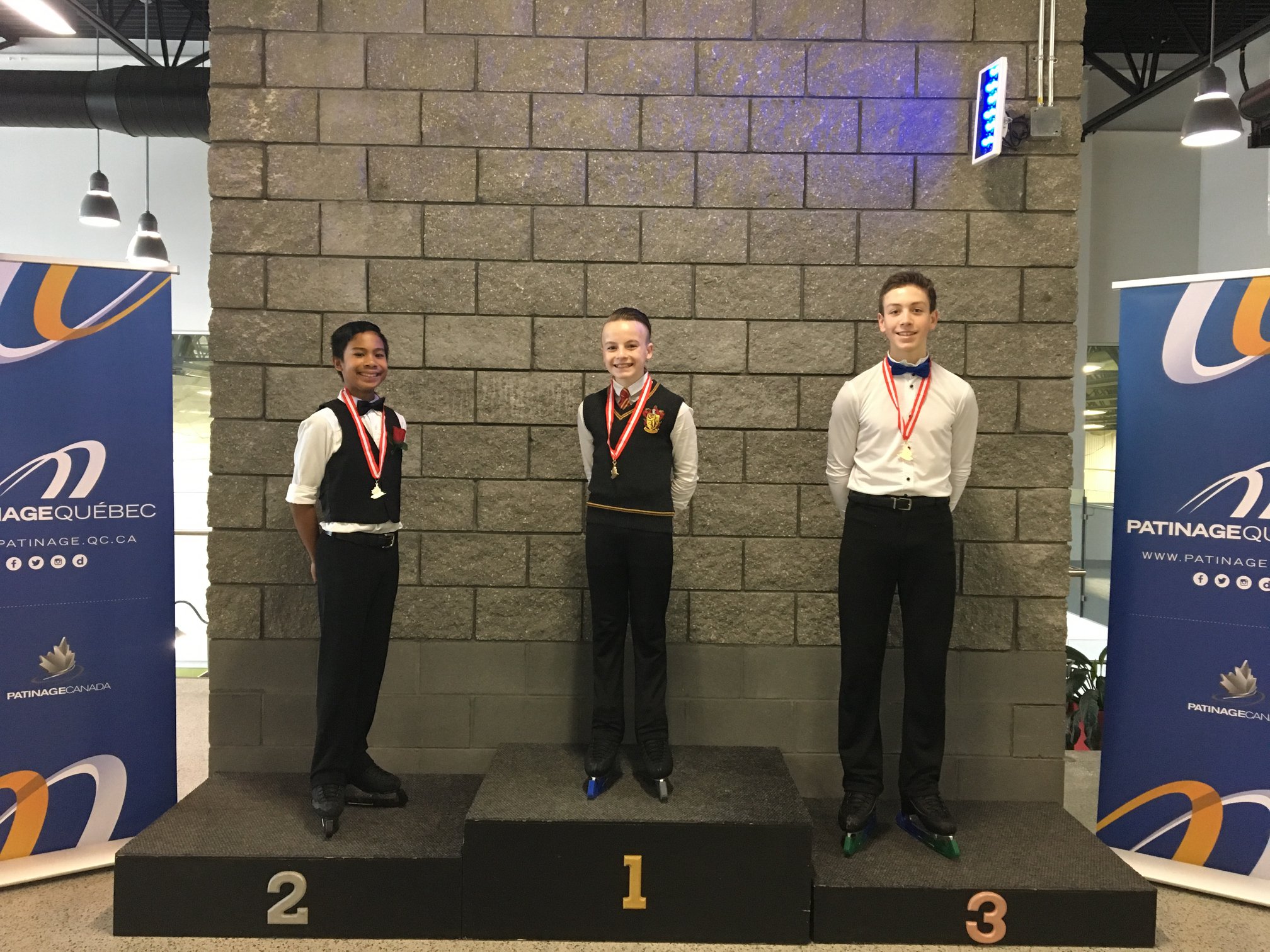 Representatives of the club had an impressive showing at this provincial level competition which was held in Beauport September 20-23. Four of our elite skaters were in action at the 2nd competition of the season on the provincial circuit with 3 podium finishes and one skater just missing the podium.

Our skaters were recognized by the borough on Tuesday May 2nd, 2017 Next to Mayor DeSousa, Emile Baz, Louise Gagne, Georgy Sader, Edrian-Paul Celestino. The club was represented by Jenny Lee, President and Etienne Bouillere, Vice President. 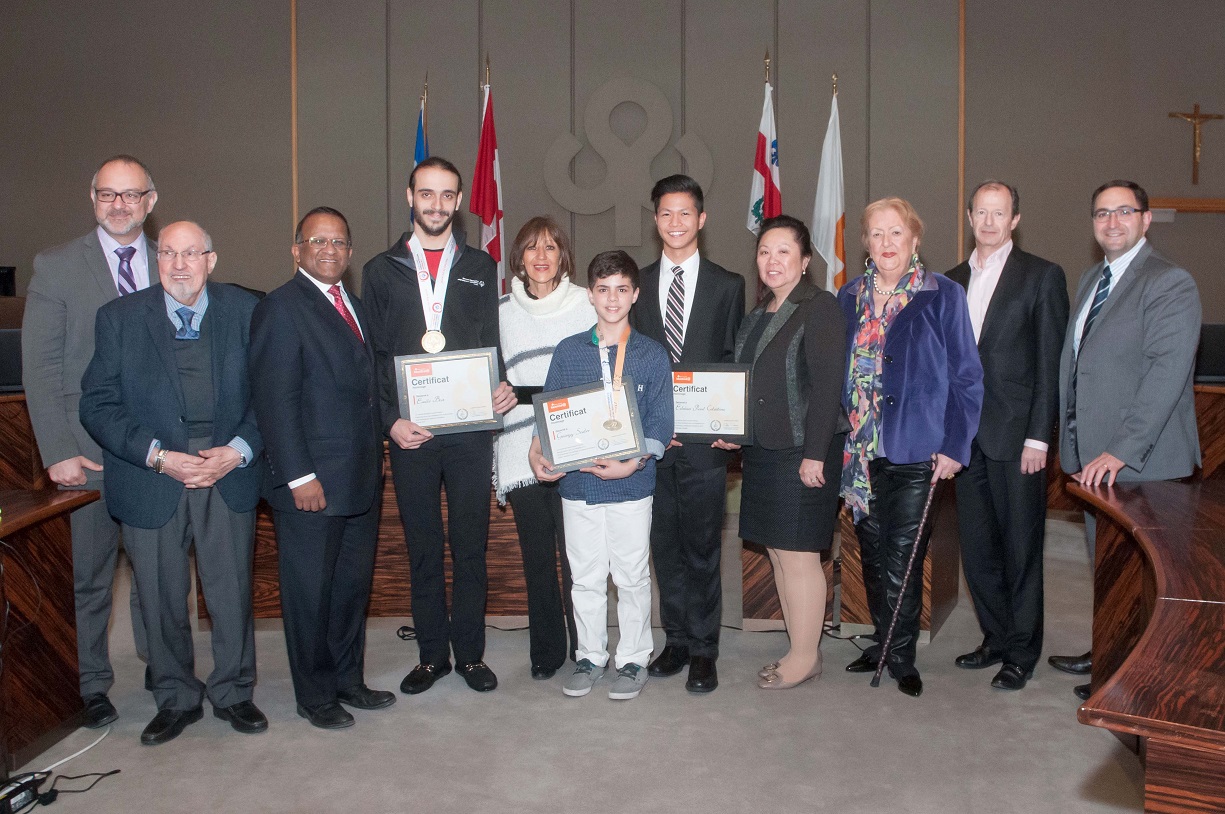 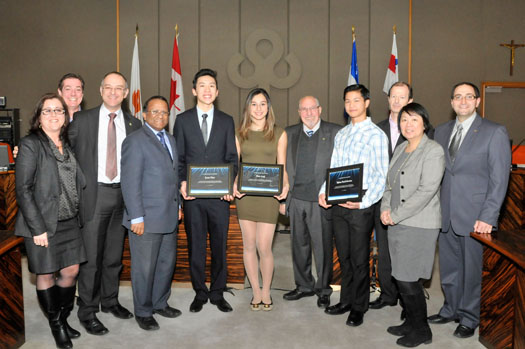 At the general borough council meeting on Tuesday, April 1, the mayor of Saint-Laurent, Alan DeSousa, awarded a certificate to four young figure skaters with the Club de patinage artistique de Saint-Laurent in recognition of their outstanding performances at the 2014 Skate Canada Challenge, held in Regina, Saskatchewan, from December 4 to 8, 2013.